The Hotel Kálvária is situated in Győr, in one of the country’s most beautiful and biggest historical cities, and as accordingly it offers several sightseeing opportunities, natural and cultural gems for the visitors.  We are happy to help you in discovering the built and natural beauties of Győr and its surroundings. We are awaiting you with a lot of events, festivals, historical buildings, fascinating expositions in the heart of the Little--Plain!

Besides being the city of waters Győr is also the city of culture and the active leisure time. The national Theatre of Győri is recognised, and the ballet of Győr is known worldwide. There are several museums, expositions, cultural festivals offering entertainment possibility throughout the year. In the next paragraphs we are presenting some famous points of Győr.

Town Hall (Városház tér 1.): the main building of the Szent István út, it is neo-baroque building erected at the turn of the 19th century which is the most known building and the symbol of Győr.

Baross út: there is a marble plaque on the pedestrian street, at no. 18 on the wall, and red bricks on the pavement of the street remembering of the former Fehérvár gate (1792) and the fire-tower erected above that served for the protection of the city.

Széchenyi square: The renewed baroque main square of Győr is the important venue of the city life. Cafes, restaurants, ice-cream parlours are awaiting the guests.

The Apátúr house that is hosting the “Xántus János” Museum (Széchenyi tér 5.) was constructed in 1741-1742 by Sajghó Benedek, abbot of Pannonhalma. The fascinating baroque palace has been housing the museum of local history since 1949. 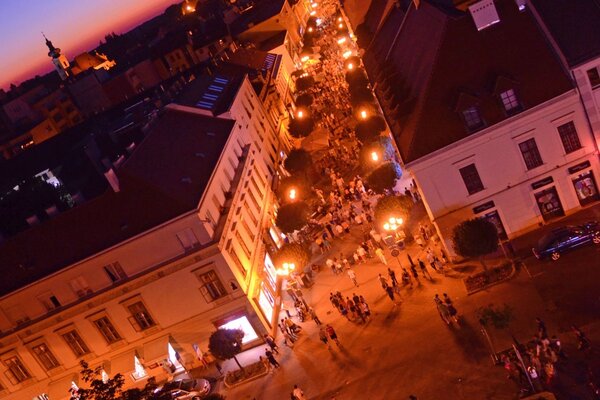 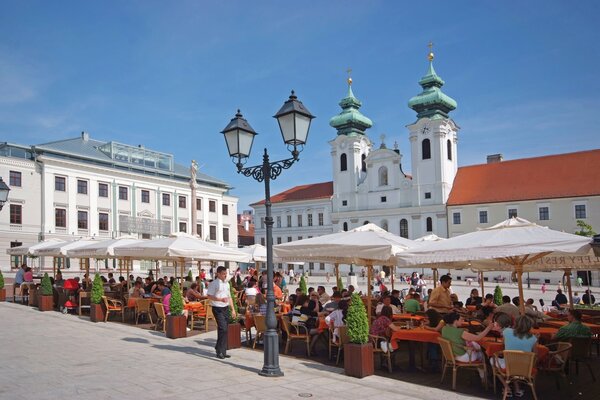 Iron-log house (Széchenyi tér 4.): it is said that the name was gained from the iron log situated under the corner balcony into which the Győr-visiting industrial apprentices drove a nail. Actually the iron block is the remained sign of the grocery that operated here in the 1830s.

Esterházy palace (Király u. 17.): the building its form of today through the combination of the tiny houses of medieval origin in the 18th century. The initials of the builder, C(omes) G(abriel) E(sterházy) and the gilded forged iron coat of arms are visible at the balcony over the gate. Currently it is the seat of the City Art Museum, the venue of the Radnai collection and temporary expositions.

Kreszta house: the monument building of the 17th century is housing the life exposition of Margit Kovács (1902-1977), ceramics artist born in Győr.

Basilica: the foundation of the cathedral is connected to King Saint Stephen. In its first format it was built in Romanic style in the 11th century, after the Mongolian invasion it was rebuilt in Gothic style. After the Turkish attacks the church got damaged badly, one of the towers collapsed, the other was destroyed by a lightning. The totally damaged cathedral was rebuilt in the early baroque style, the currently tower-cover of Louis Seize style was made in the 1680s. The final structure of the church interior was finished in the 1780s, when the still visible frescoes of the walls and the ceiling were made. The cathedral was consecrated to be a cathedral by John Paul II in 1996. The northern side-nave is housing the tear-shedding Virgin Mary picture brought from Ireland in 1655 which was sweating on march 17, 1697 on the day of Saint Patrick.

Héderváry chapel: in the 15th century János Héderváry built a chapel to the right side of the cathedral, this is where they keep the Hungarian goldsmith masterpiece of the Middle Age, the Saint Ladislaus reliquary. The chapel is also housing the marble grave of martyr bishop, Vilmos Apor.

Püspökvár: one of the significant buildings of the Káptalandomb is the Bishop’s palace or the Püspökvár (Bishop castle), the seat of the thousand-year old bishopric of Győr which is decorated by the living tower from the 13th century and the Dóczy chapel from the 15th century. In the cellar area of the Püspökvár oen can visit the exposition telling about the life and work of Vilmos Apor. From the tower one can have a wonderful view over the city and its surroundings. 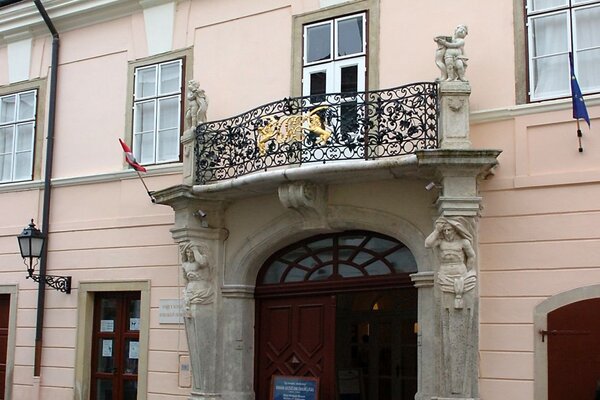 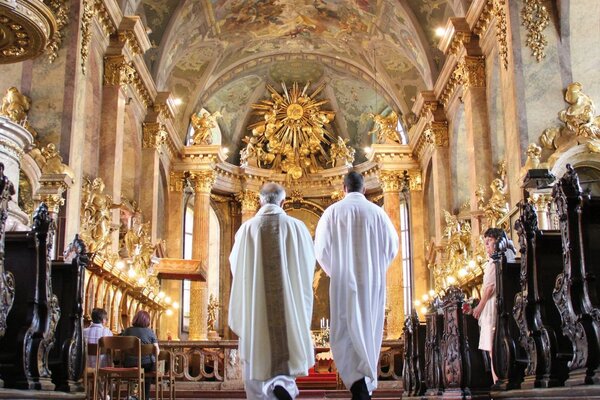 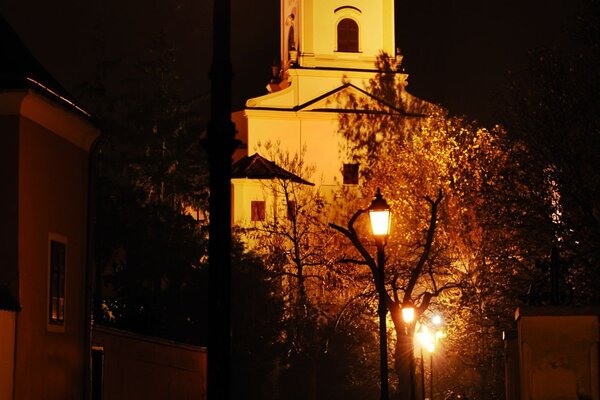 The Carmelite church and the connected convent were built between 1721 and 1725 based on the plans of Wittwer Márton Athanázius, Carmelite monk. The painting of the main altar shows King Saint Stephen and the Prince, Saint Emeric as they present their homage to the Saint Virgin. The baroque Hab-Mária statue is in the little alcove near the church.

Castle (Bécsi kapu square): the complex of the Püspökvár originated in the 13th century and built in the 14-15 centuries is the city’s oldest building. Its fortification system (castle-bastion, Sforza bastion) are from the 16th-17th centuries.

The Radó island is embraced by the two braches of the River Rába between the Downtown, Újváros (New city) and Sziget (osland) townships. The island situated in a historical environment is a favoured place for walks and rest.

Synagogue: the neologist synagogue was built between 1868 and 1870 and it was fully renovated in 2006. Nowadays it operates as a multicultural institution. It is the permanent venue for the private collection of  János Vasilescu Sr that presents the Hungarian art after the WW2.

New Bastion: In the casemates of the protecting castle of Győr of the Turkish times we can visit the flora and fauna of South-America. 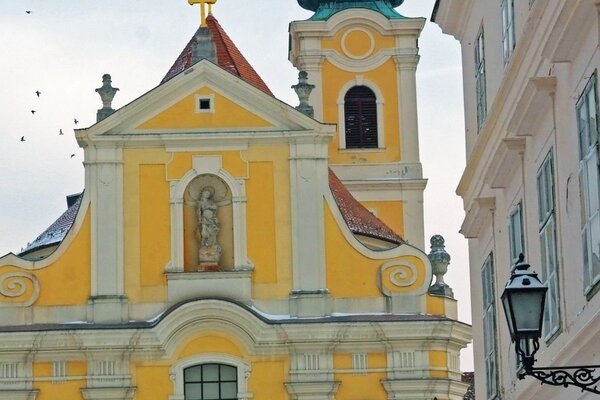 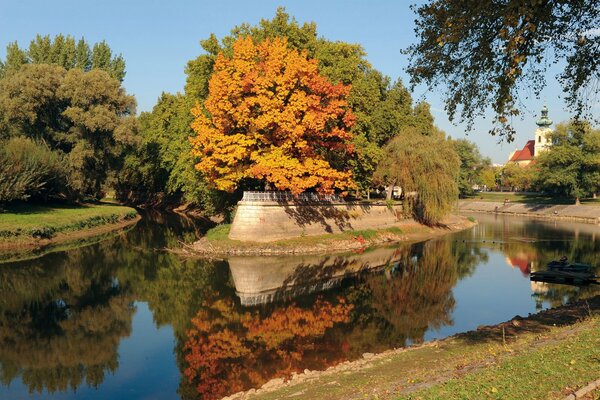 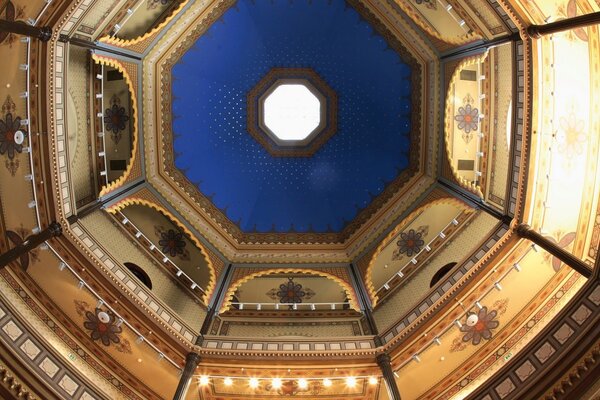 Xantus János Zoo: it is showing more than 500 entities of 100 species in huge areas in circumstances that are similar to their original habitat.

Mobilis Interactive Exhibition Centre: in the scientific play-house focusing on traffic, motion, mobility there are 74 exhibits that can be tried along with the spectacular experimental presentations.

Those longing for the pampering rest don’t need to get disappointed since the Hotel Kálvária is km away from the Rába Quelle Thermal Spa where there are indoor and outdoor thermal pools, fun-pools, slides, various wellness services, and massage and aquatic exercise are assuring rejuvenation for the body and soul, both for the old and the young.

Everybody has his/her own secret. Even Győr. The walls of the houses, the stones of the streets, the church towers, the trees of the courtyards are keeping old secrets. During the theme-based city organised by the Cultural Adventurers Club everybody can find out some secrets: they can learn about the city’s exciting history, the hidden beauties, the fate of the old residents. There are 15 different theme-based walks where we are presenting the loveable side of the city to the Hungarian and foreign guests. Can we start?

Should you be from Győr or just a visitor the new tourist product, the GyőrCard was created with the purpose of offering much more than pure discounts: we would like to make your stay comfortable, by offering a wide range of quality services at a discounted price. 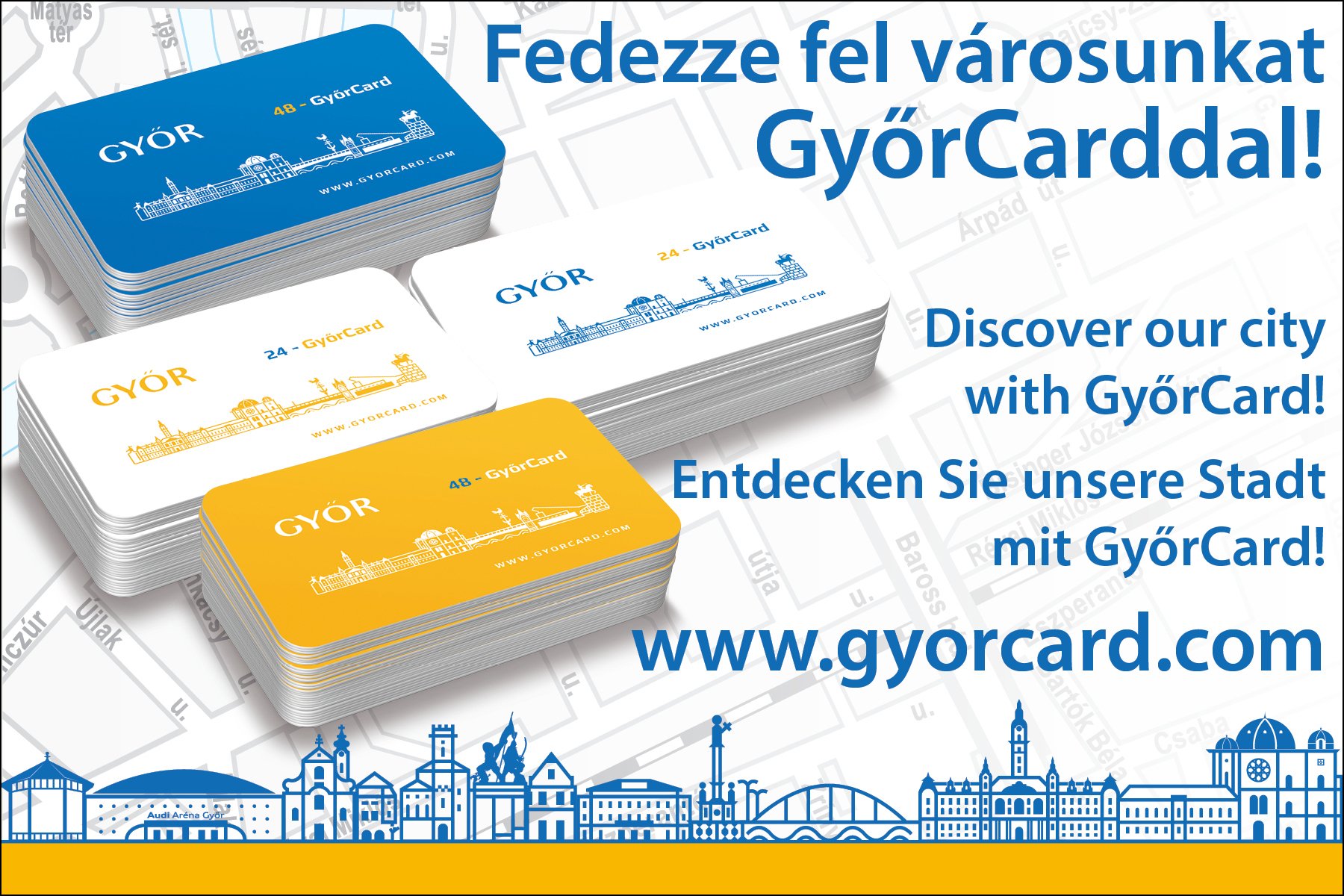